The Embassy of the Republic of Tunisia organized, on the 04th of February, 2021, in cooperation with Invest Romania within the Ministry of Economy, Business Environment and Tourism of Romania, in cooperation with the Foreign Investment Promotion Agency (FIPA-Tunisia), Bucharest Chamber of Commerce and Industry, Prahova Chamber of Commerce and Industry, alongside with its Tunisian partners, Tunisia Export – CEPEX and Tunisia Investment Authority (TIA), the webinar “Tunisian – Romanian Economic Forum”.

The Forum intended to advance Tunisia as a lucrative investment location, presenting a host of investment opportunities in various priority sectors, as well as introducing the distinctiveness of Tunisia’s investment climate and, at the same time, to focus on the Romanian investment potential and the country’s specific areas with great opportunities for the Tunisian businessmen.

In the opening speech, Her Excellency Mrs. Raja Jhinaoui Ben Ali, the Tunisian Ambassador to Romania, who’s initiative was of setting up this web seminar, especially in the framework of celebrating 57 years of diplomatic bilateral relations, expressed her confidence in enhancing the bilateral trade cooperation, in accordance with the common interests and real potential for the benefit of the two countries. The significant jump in foreign direct investment in Tunisia confirms the growing confidence of international corporations in the country’s business climate.

Also, Her Excellency emphasized that “Tunisia represents a regional hub from which Romanian companies can export their products, services and knowhow to the African continent. Indeed, Romanian companies can take advantage of Tunisia’s adherence to some important regional groupings like the Common Market for Eastern and Southern Africa (COMESA), to enhance their presence in a market of more than half a billion of consumers. In this respect, Tunisia and Romania have the possibility to promote a triangular cooperation with their strategic partners: Eastern Europe, Africa and the Middle East”.

From the Romanian side, Mr. Costică Mustaţă, President of the Bucharest Chamber of Commerce and Industry, gave relevant information on the bilateral economic relations and trade between the two countries, underlining that “Tunisia is the second commercial partner of Romania, from the African region, in terms of commerce”.

Mr. Abdelbasset Ghanmi, General Manager at Foreign Investment Promotion Agency “FIPA- Tunisia” presented comprehensive information on Tunisia’s investment environment and business opportunities in high value fields such as: digital sector, mechanical and electronic industries, pharmaceutical industries and agribusiness, being followed by Mr. Aurelian Gogulescu, President of the Prahova Chamber of Commerce and Industry who gave details on the region of Prahova and its relationship with the Tunisian business environment.

The webinar was concluded by H.E. Mrs. Raja Jhinaoui Ben Ali who launched the idea of a new series of webinars to promote the business opportunities from both countries with focus on the main growth drivers.

The Forum, moderated by Mr. Cristain Ilie, Deputy General Director of InvestRomania, was well-timed to capture the positive impact of the accelerating favorable developments the Tunisian economy is witnessing, including the ongoing undertaking to improve the business climate in order to become more favorable for attracting quality investments and offer a host of incentives, exemptions and guarantees. 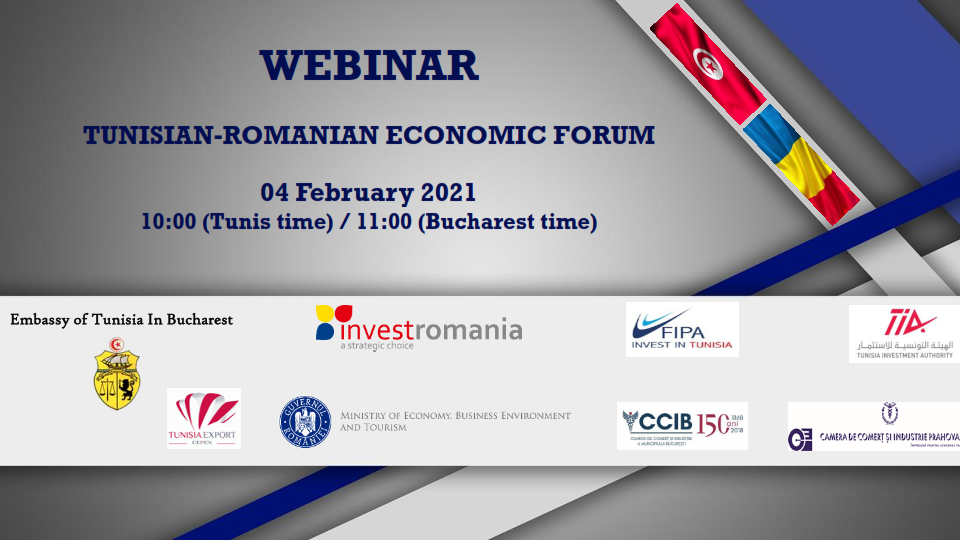 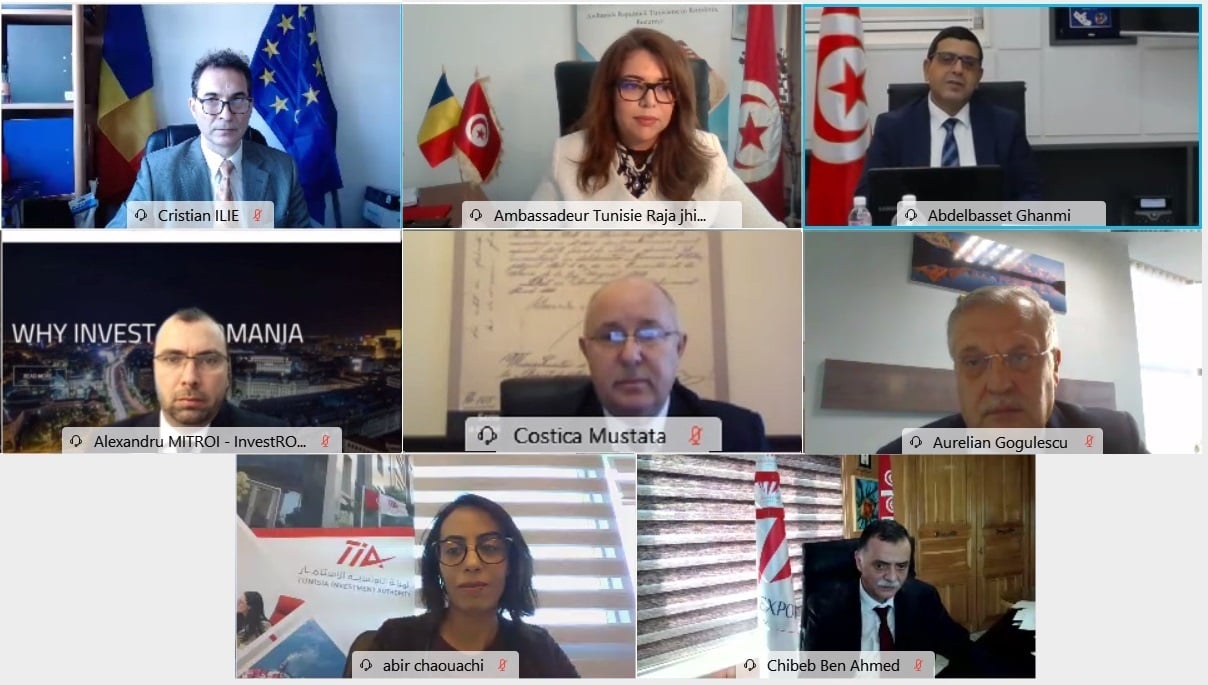